The next generation of motion technology

The eM6-1400-14000 is the latest generation, state of the art, fully electric 6 degrees of freedom motion system with a gross moving load of up to 14000 kg, designed for use in FAA, EASA, CAAC, etc., level D and ICAO 9625 type VII flight simulators for both fixed wing- and rotary wing aircraft.
This latest generation full electric motion technology is improved in four main areas: Reliability, Motion Quality, Diagnostics and Motion Cueing. 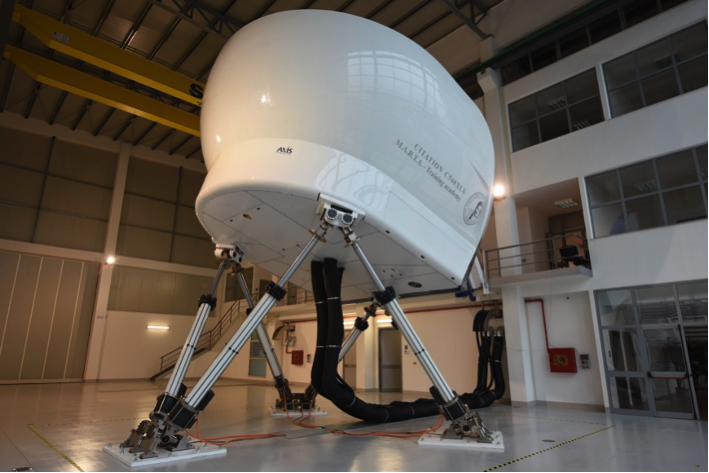 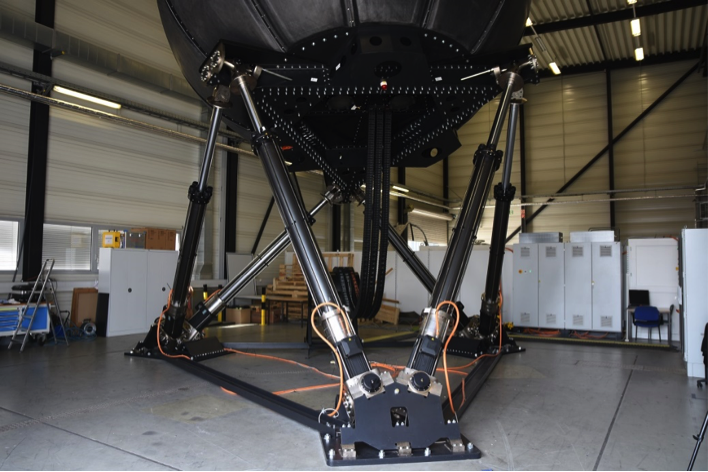 For a full flight level D simulator for the Enna Kore University in Italy, Axis chose E2M as the supplier of the full electric motion system. The simulator is currently being used by students of the university and after EASA level D certification next year, the simulator will also be operated for the training of pilots.

Rheinmetall choose to work with E2M on a Bell 212 military helicopter simulator compliant with level D. For this project, E2M not only provided the motion system, but also the actuators to replicate the aircraft control forces in the simulator, and a fully integrated upper frame.

The key features of the new motion technology can be summarized as follows:

E2M offers a choice of mechanical interfaces in order to make integration into the simulator system as straightforward as possible. E2M offers it's own interface, featuring an integrated frame design, but can also match the interface of existing electric or hydraulic motion systems.
The patented E2M integrated frame design incorporates a new joint design. The joints are an integrated part of the frame which allows a reduced height of the complete simulator. This has the advantage of an improved performance because of a lower COG height and eye reference point. Furthermore, the frame is extremely rigid and strong which leads to cost reduction because E2M customers can build simulator cabins with less strength than would normally be required.
Additionally, the frame can easily be extended with outriggers to provide mounting points for a collimated display or direct projection system, an instructor station, a cockpit frame with integrated control loading actuators, or in case of rotary wing simulators, a three DoF X,Y,Z vibration platform (eM3-ROT-1500-HF cockpit shaker)

Today, one of our customers informed us that they qualified a simulator for use in…

E2M is pleased to announce that, as a first in a long line of planned…